Fatehpur Sikri was founded by Akbar in the year 1569 and served as the capital city of the Mughals from 1571 to 1585. The beauty of the red sand stone charms you the moment you step within the vicinity of the Fatehpur Sikri

Once you enter the fort you will be flooded with guides both official and unofficial, To understand the History of fort, Take the help of Official Guides.

Fatehpur Sikri demands enough time to explore each and every corner in details. Make sure you take enough time in hand to understand the depth of history imbibed inside the fort.

The Fort Begins With Buland Darwaza which is also known as “Gate of Magnificence”,It was built in 1601 A.D. by Akbar to commemorate his victory over gujarat. It is the main entrance to the palace at Fatehpur Sikri , a town which is 43 km from Agra. 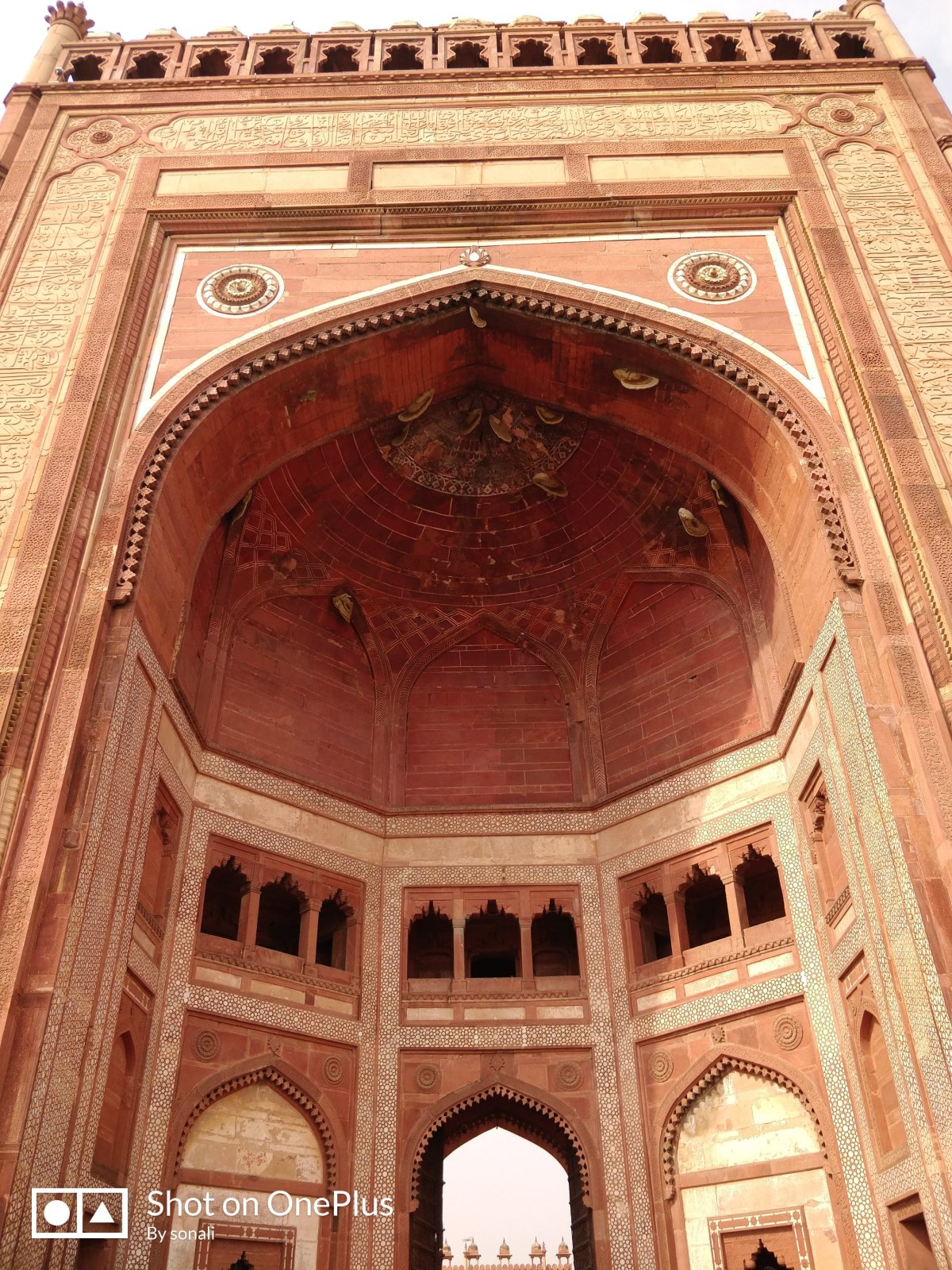 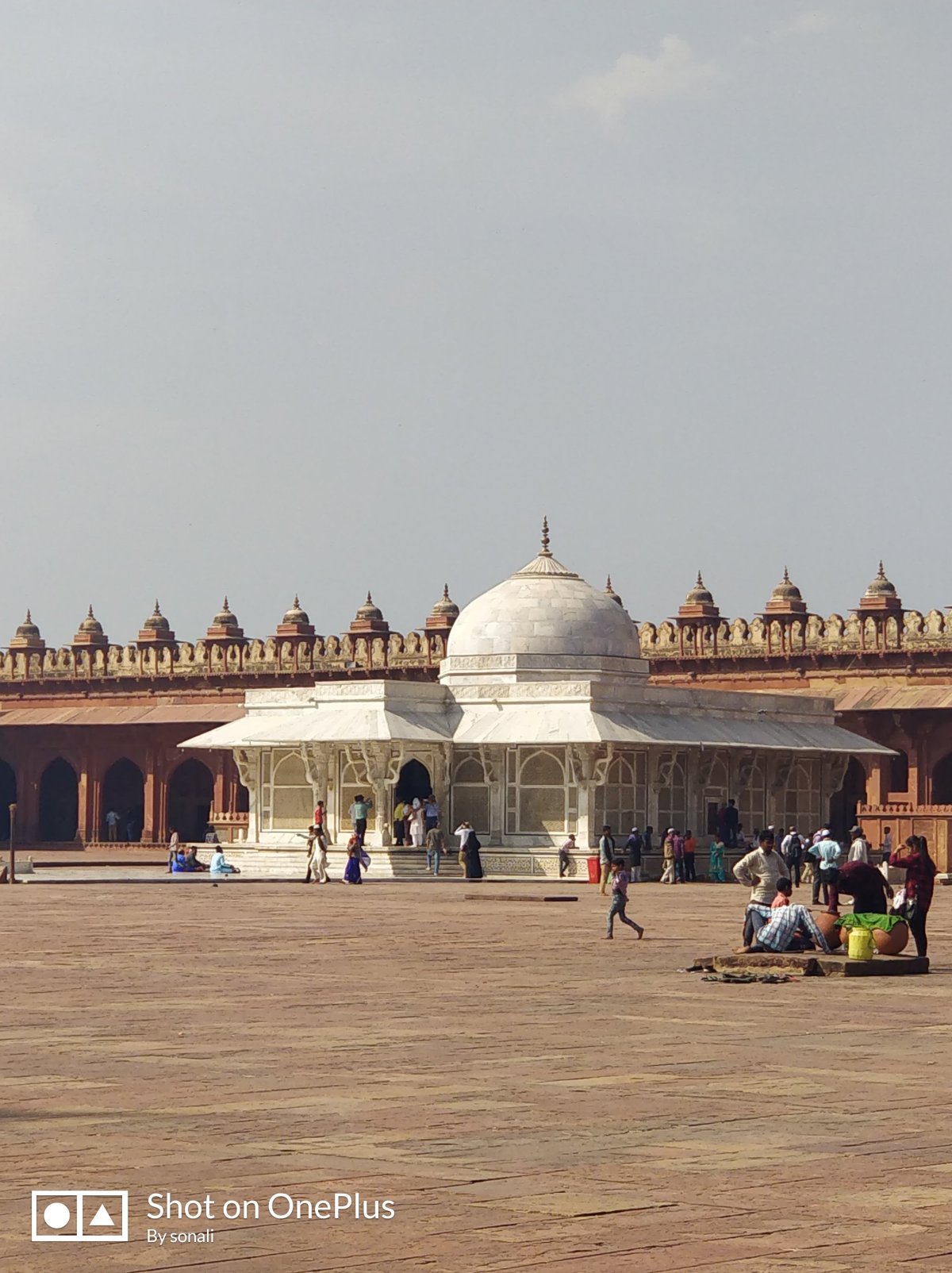 The Dargah Has Been known for its Religious values And also Fulfils your Prayers, The Mughal Emperor Akbar came to Chishti’s home in Sikri to ask him to pray for a male heir to the throne. Chishti blessed Akbar, and soon the first of three sons was born to him. He named his first son Salim who was later known as Jehangir. The Dargah has a ritual of tying Thread Which allows you to make 3 wishes, And If fulfilled, later you have to open it. 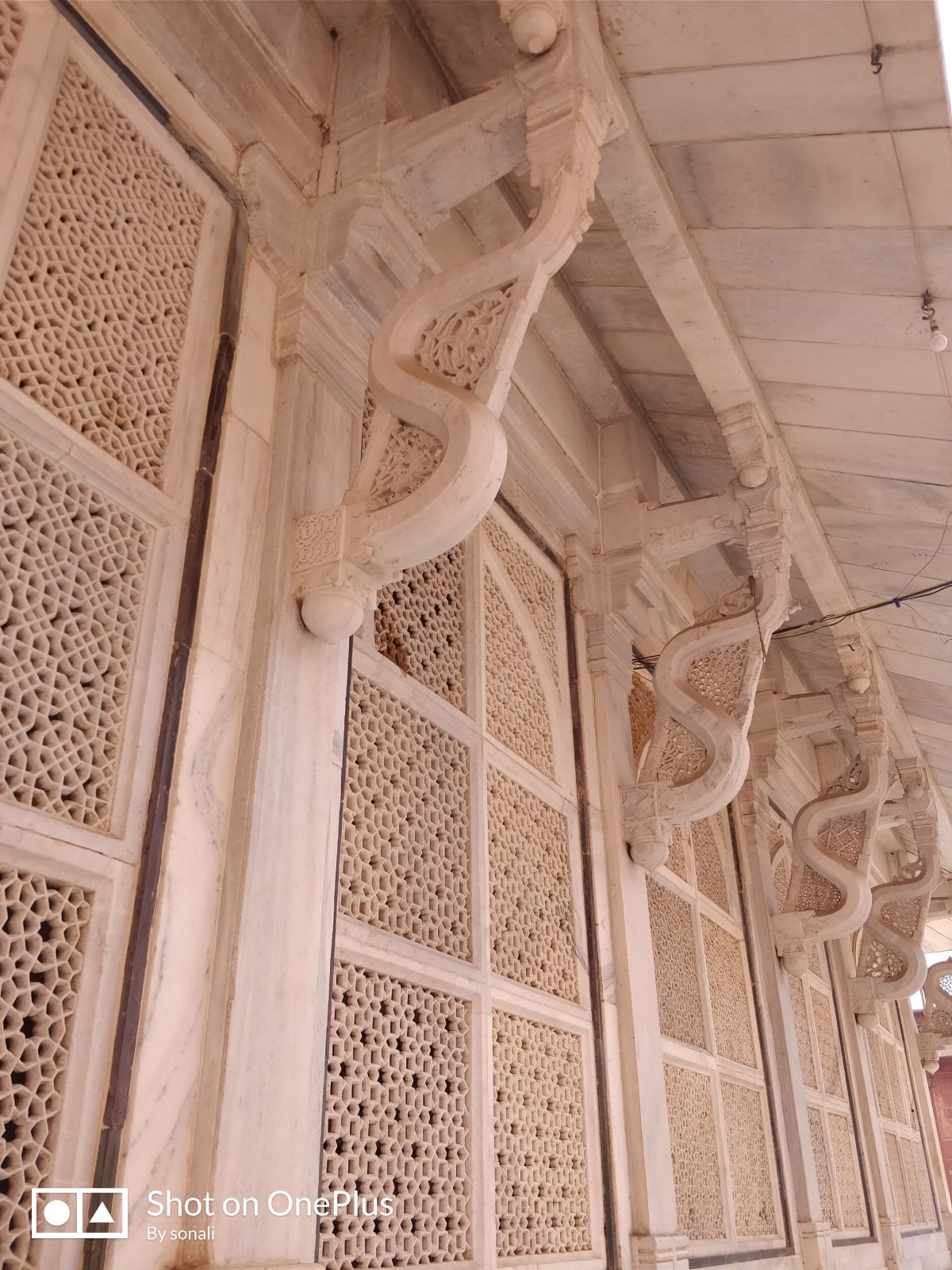 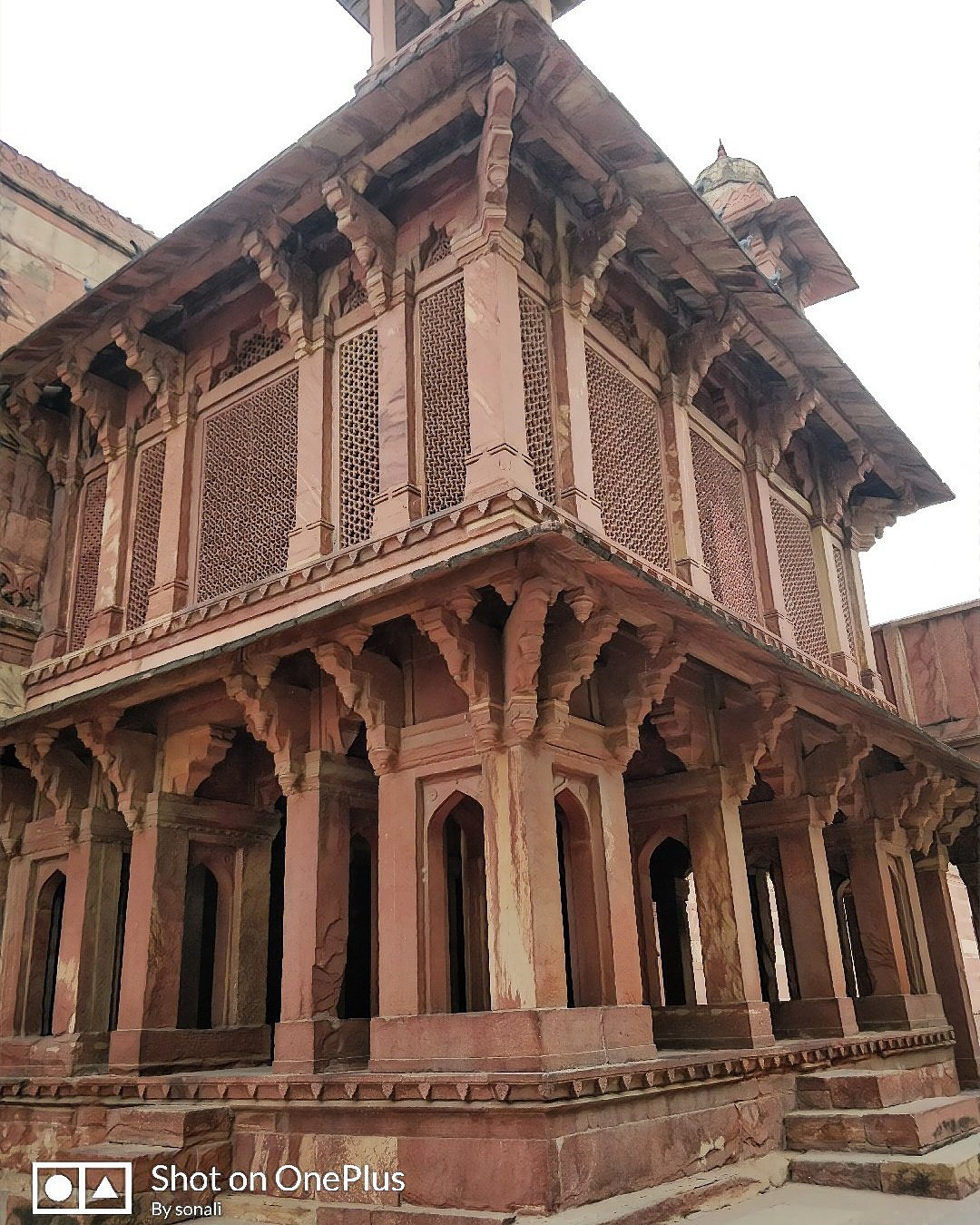 The Stable where horses were tied 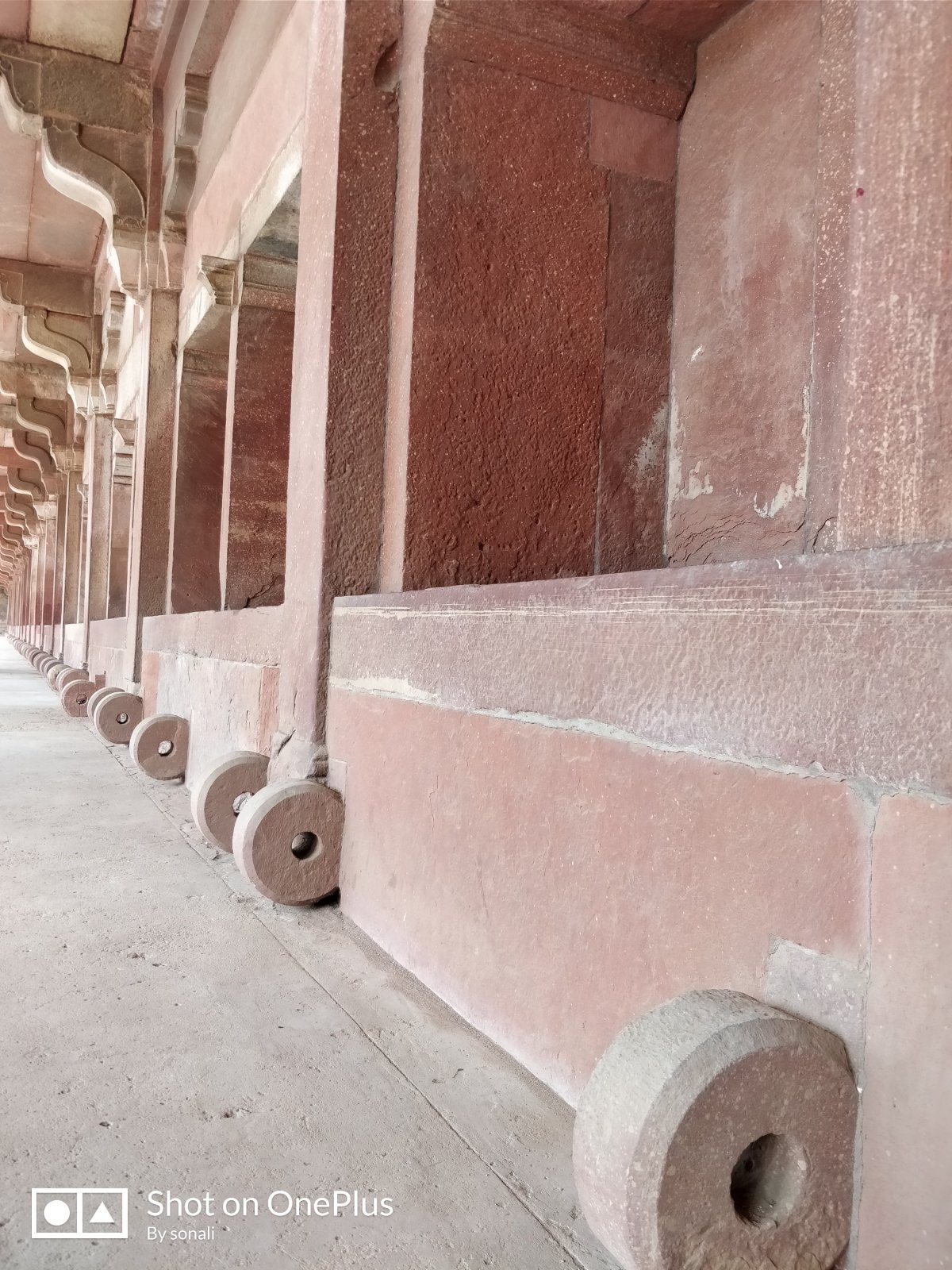 Wheels to tie the horses 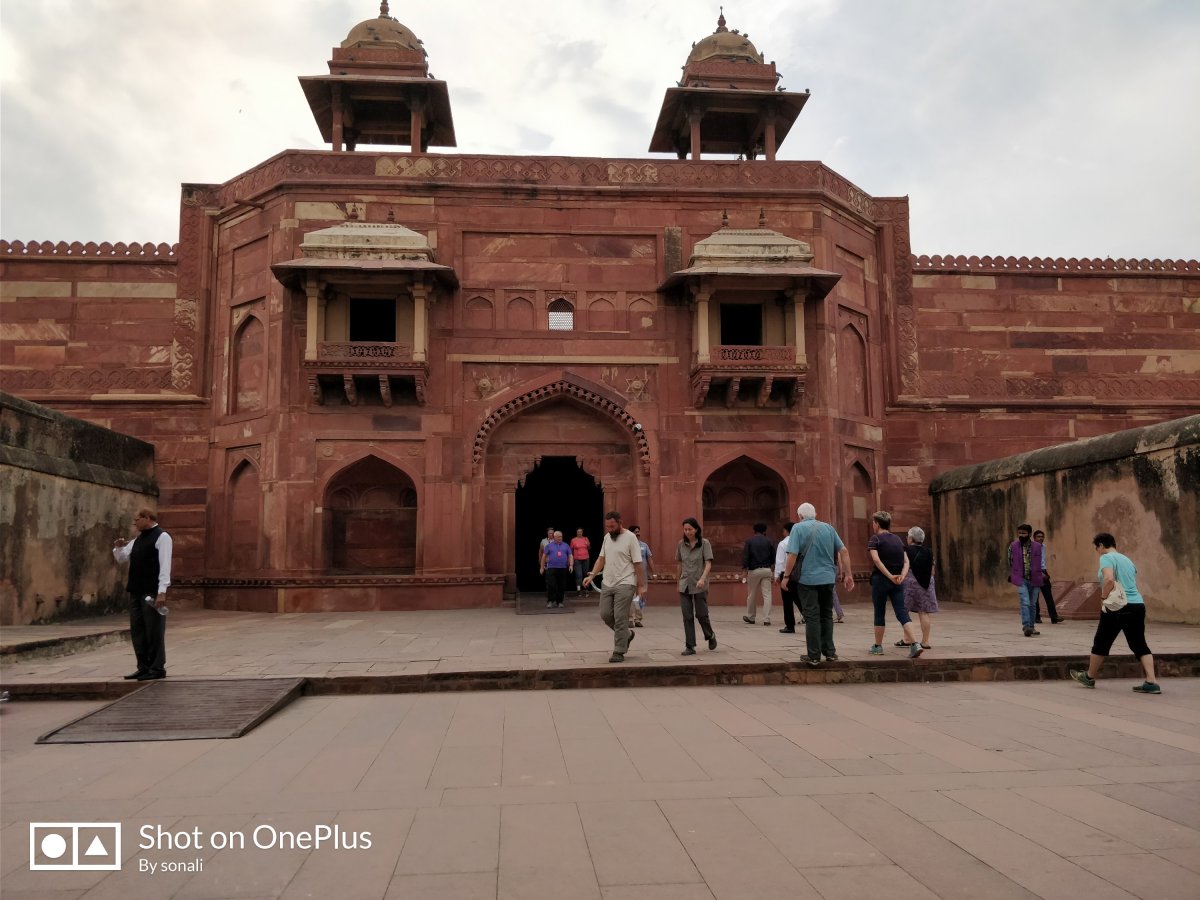 Jodha bai palace
the Palace of Jodha Bai in Fatehpur Sikri is one of the most charming examples of the amalgamation of the apparently opposing architectural styles of the Rajputs and the Mughals. Corresponding to the style used in Hindu architecture, the main palace has a courtyard, around which the entirety of the palace is built. 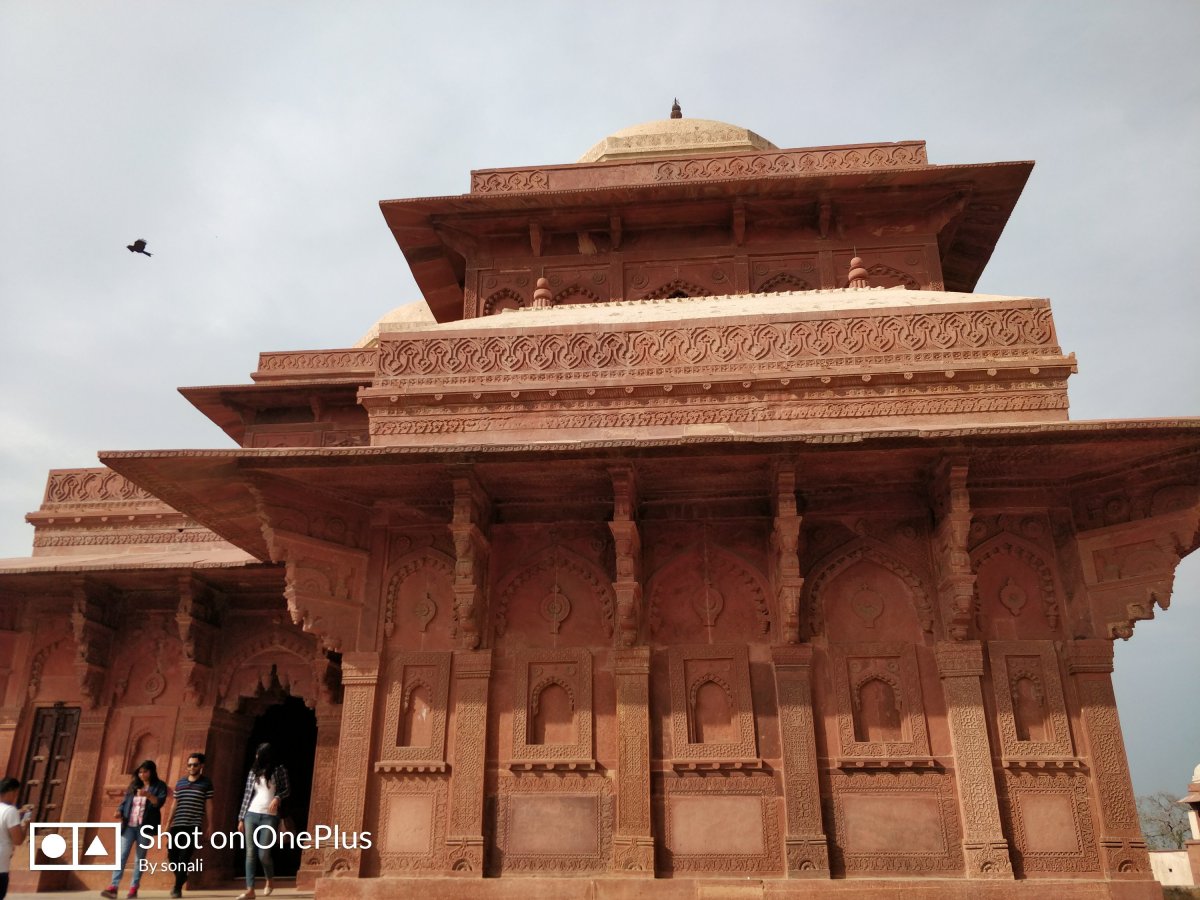 Anup Talao where tansen used to sing
As per old texts and records, it is claimed that the tank was filled with several silver and gold coins that shimmered when the sun rays hit them. Most of these coins were later given away in charity by Jehangir. 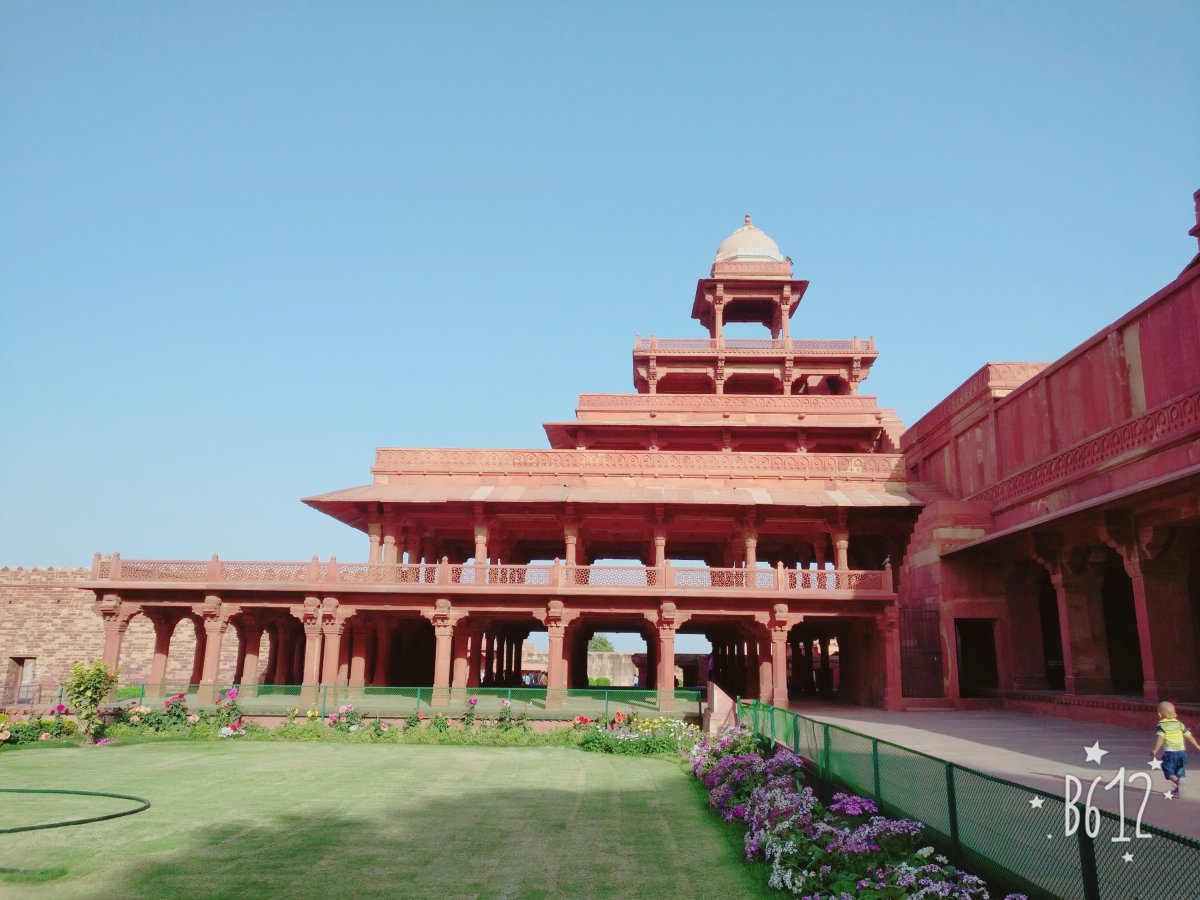 Panch mahal is an extraordinary structure employing the design elements of a Buddhist Temple; entirely columnar, consisting of four storeys of decreasing size arranged asymmetrically upon the ground floor, which contains 84 columns.

It was known as A Treasury which was used to keep All the jewelleries of Dasi’s at that time.

Birbal bhawan
Fatehpur Sikri is muffled with architectural intellect and mystique; a perfect destination for heritage lovers and photographers. a trip to this ancient land mark reveals much of the History of Fatehpur Sikri and also throws light on the history of the Mughals in India. A Must visit destination for all the Archaeology lover.